The NCTA Superior Shoreline Chapter is comprised of members from many areas in Michigan and beyond. With a few full-time residents and a few summer residents, all work together to make the Trail a place for all to enjoy. The Chapter’s Trail segment is split into two sections: The western section runs through the beautiful Hiawatha National Forest and into Munising. The eastern section runs through various Michigan State Forest and Department of Natural Resources (DNR) lands, offering views and access to Lake Superior. Pictured Rocks National Lakeshore lies between the two sections. Working with both the U.S. National Forest Service (USFS) and Michigan DNR, the forests, streams, bogs, small lakes, and Lake Superior make hiking and backpacking the Superior Shoreline Chapter a special experience. We welcome all with a love of forest and trail, and who might enjoy volunteering with our small group. We always look forward to expanding our members and volunteers.

The west end is located in Hiawatha National Forest. This section is 21 miles, beginning at the corner of H01/Rock River Road and Forest Road 2276, and ending at the Munising Falls Visitor Center/Pictured Rocks National Lakeshore. A trailhead and parking can be found at the west end, 0.6 miles on Forest Road 2276, east of H01/Rock River Road. The forest winds over rolling hills with a beautiful mix of deciduous and large fir trees with minimal undergrowth.

In roughly 4.5 miles, the Trail crosses paved Au Train Road and proceeds to descend a small hill. The Trail intersects paved Forest Road 2276 and a small, cleared area for parking, then follows the road east over the bridge crossing the Au Train River. Just up the hill, the Trail skirts back into the woods.

Continuing along, the Trail comes upon Buck Bay Creek, the only potable water until Munising, approximately 12 miles away. Shortly past Buck Bay Creek is a path on the east side of the creek leading to an unimproved but charming campsite. A few brief and short climbs reveal large boulders left in place as the glaciers receded. Roughly 4.5 miles from H03, the Trail passes Camp Au Train, an old World War II prisoner-of-war camp where foundation slabs and plumbing are still visible. For those interested, more information about the history of the camp can be found at ss.sites.mtu.edu/mhugl/2019/10/24/camp-autrain.

Eventually the Trail passes through an area called The Ponds, where evidence of very active aquatic life can be found. A small animal trail between two grassy ponds is quite visible. Time spent here, especially in the evening, often results in wildlife sightings. There is also a nice resting or camping spot here with a fire pit. Continuing east, lovely Canadian Yew surrounds the Trail. Next is a crossing of Forest Road 2276. From this crossing to Highway M-94 is one of the most beautiful sections of evergreen trees. After crossing M-94 the Trail passes through Valley Spur ski area, offering a place to rest with a picnic table and outhouse. Past Valley Spur the Trail continues until it emerges again onto M-94 which goes into the town of Munising.

Munising amenities include numerous restaurants, hotels, a laundromat, two grocery stores, and an outfitter (South Bay Outfitters: 906-387-4004) that carries an assortment of camping supplies, including iso-butane canister fuel. For the intrepid hiker doing a longer section hike of the NCNST, Munising is the last town stop for supplies until Grand Marais, which is roughly 47 miles away.

The Hiawatha Forest Service office is located in Munising, as well as the west entrance into Pictured Rocks National Lakeshore, which starts at the Munising Falls Visitor Center. Pictured Rocks is maintained solely by the National Park Service. Information for the park may be found at nps.gov/piro. Backcountry reservations must be made for overnight camping within the park and can be made at recreation.gov. If necessary, hikers may catch a ride on Altran, bypassing the park, to the Grand Sable Visitor Center just west of Grand Marais. Advanced reservations may be made at altranbus.com or by calling Schedule-A-Ride at 906-387-4845.

After leaving Pictured Rocks, our Chapter's eastern section begins and is approximately 35 miles in length. It begins in the friendly community of Grand Marais, an NCTA Trail Town, and travels approximately three miles down H58 where it reenters the forest.

There is a very small grocery in Grand Marais, a few lodging options, a brewery/restaurant, and an outfitter (Grand Marais Outfitter: 906-494-3333). The long-distance hiker traveling through must plan accordingly for the next resupply option, which could be the Deer Park General Store near Muskallonge Lake in 26 trail miles, or further east Tahquamenon Falls General Store in an additional 29 trail miles.

From this point the Trail makes numerous road crossings allowing for excellent starting and stopping points. Along the way, panoramic views of Lake Superior from the high bluffs are breathtaking, with many access points to the lake. From Grand Marais to the eastern terminus of the Chapter's segment at the mouth of the Two Hearted River, dispersed camping is permitted along the Trail. Approximately 17 miles from Grand Marais is Lake Superior State Forest Campground with first-come-first-serve reservations. From Lake Superior State Forest Campground to the Blind Sucker bridge, the Trail follows the shoreline. A nice resting spot can be found on the west side of the bridge. From the Blind Sucker bridge the Trail comes to Muskallonge State Park, a very hiker-friendly park where the Trail leads directly through the campground. Reservations can and should be made six months ahead at midnrreservations.com. The Trail then resumes its course along the cliffs overlooking the lake winding through mixed hardwood and pine forests through both flat and hilly terrain, with several jaunts both in the forest and back along Lake Superior. At about Mile 403.25, a road, if taken to the south, will lead to Reed and Green campground, about three-quarters of a mile. It is a first-come-first-serve campground, and offers a handpump and outhouse. Just before reaching the end of our Chapter's segment at the mouth of the Two Hearted River, the Trail passes through the area hit by the Duck Lake Fire in 2012. Large trees that once populated the Trail are now gone and the forest is in the process of regrowth. The Trail then crosses the river by means of a suspension bridge into the Two Hearted campground which is a nice, first-come-first-serve campground.

Grand Marais is a beautiful, quaint village located on the south shore of Lake Superior at the eastern end of Pictured Rocks National Lakeshore. It has become a four-season destination for hikers, campers, fishermen, winter sports enthusiasts and those who are looking for an outdoor adventure in a peaceful setting. It is also an official NCTA Trail Town.

Connect and Get Involved

Use the Report Trail Condition form to alert NCTA and the Chapter to poor trail conditions. Visit the Trail Alerts page while planning your adventure. 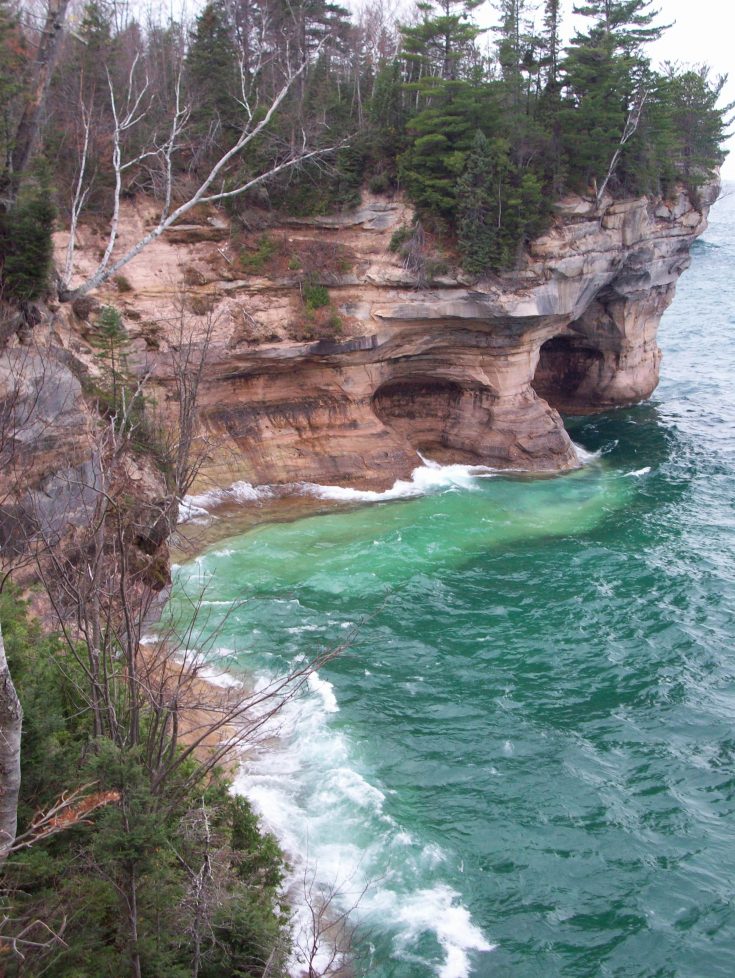 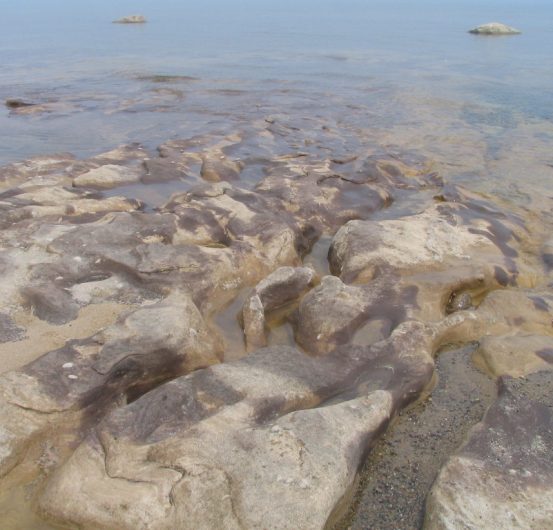 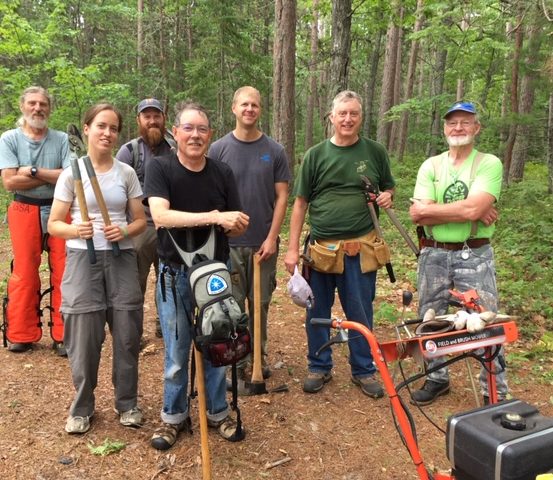 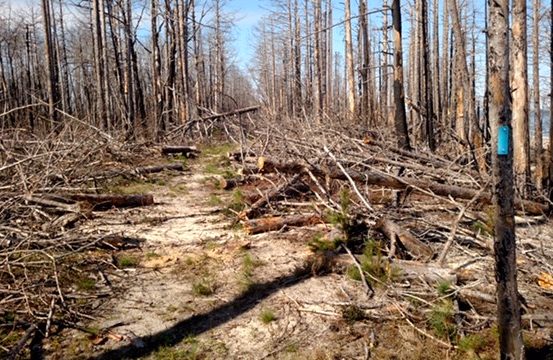 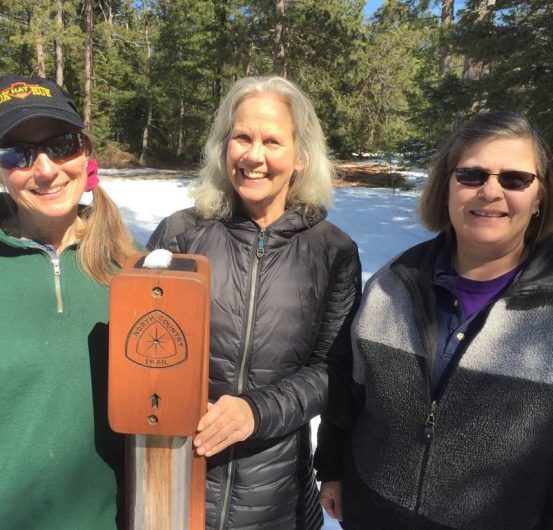