You are here: Home › Advocacy › Minnesota › News › Trail Updates › A New Route is Within Reach

The North Country National Scenic Trail Route Adjustment Act is legislation that includes two important changes to the route of the NCT:  A change in Minnesota called the Arrowhead and an extension into Vermont to meet the famed Appalachian Trail. Although both changes have been called “no-brainers,” the process for changing the route of a Congressionally designated trail is not simple. Both changes required a feasibility study by the National Park Service to examine all potential routes, which took years. Once complete, we then head to Congress to amend the National Trails System Act to reference the new route.

Over the past two decades, we’ve had several versions of the legislation introduced. Some years we had some success and in others, no movement. Our volunteers and partners have worked tirelessly to let members of Congress know how important this change would be for their local communities. Each session of Congress ended with no action, until now.

In 2018, the Route Adjustment Act passed the House but was stalled in the Senate, along with more than 100 other bills that dealt with public lands that had been passed out of the Senate Committee on Energy and Natural Resources. So in 2019, these bills – including the NCT route adjustment and the Land and Water Conservation Fund (LWCF) – ended up in a package of bills that was introduced by Senator Murkowski as S.47, the Natural Resources Management Act.

Mid-February, the Senate passed S.47 by a vote of 92-8. It was an incredible show of bipartisan support. Now it’s up to the House of Representatives. The message to them is to take up the bill the Senate passed instead of trying to build their own package. The same week S.47 passed, Representatives Welch (VT) and Stauber (MN), introduced a standalone bill in the House (H.R. 1216) to cover our bases in the event S.47 doesn’t make it in the House. However, both parties seem prepared to take up the Senate bill as passed. If they do and it passes, it will move on to the President for signing and then the new route is a reality.

Learn more about the reroute, LWCF and other issues important to the North Country Trail on our Advocacy page. Then contact your House members. Ask them to co-sponsor the bipartisan and non-controversial North Country National Scenic Trail Route Adjustment Act (H.R. 1216) and to take up the Senate bill (S.47) as passed! 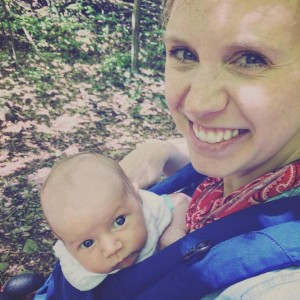 Kate is the Marketing and Communications Coordinator at the North Country Trail Association in Lowell, Michigan.
View all posts by Kate Lemon →