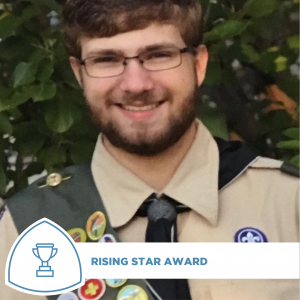 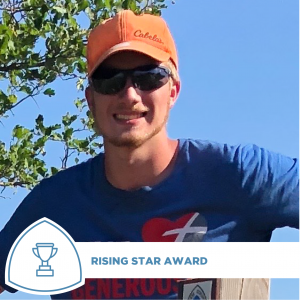 Trevan and Connor Pfennig. Trevan and Connor joined the Sheyenne River Valley Chapter over three years ago, and have since recruited their parents. Both completed their Eagle Scout projects within the Chapter’s NCNST section. Trevan organized and led a five-mile urban signage installation throughout Valley City, N.D. He taught fellow Scouts how to blaze and install signs, was responsible for locating and inventorying supplies, and conducted safety training with the Troop. He and his Troop also assisted with a 30-foot boardwalk installation along Lake Ashtabula. He has hiked much of the NCNST in southeastern North Dakota and attended other Chapter workdays. Connor scouted 14.5 miles of Trail along Lake Ashtabula. He used GPS to note problem areas, fence crossings, and potential boardwalk locations. He then worked with the U.S. Army Corps of Engineers, his Scout Troop, and the Chapter to arrange a workday: They built fence stiles, installed signage, pruned trees, and repaired boardwalk. Connor did all this while following proper Covid-19 procedures. 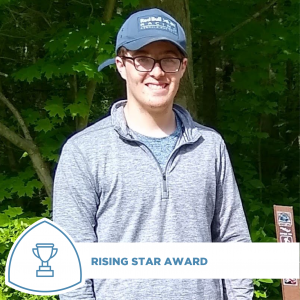 Jake Deal. Jake has been a member of the Wampum Chapter since 2019. He started volunteering by partnering with a trail maintainer to work on a section of Trail near his home. In 2020 he joined the bridge building crew in the Enon Valley section of NCNST. His attention to detail and willingness to learn made him an asset relied upon during every build. He’s courteous, friendly, and especially respectful to members of the work crew. One never has to point out that something needs to be done – he’s already helping. Aside from trail maintenance, Jake participates in the Chapter’s fundraisers – in particular, willing to take on the role of dressing up as the Chapter’s Sasquatch for community events and hikes. He sets a good example to follow and has made a lasting impression on all who have been involved with him. 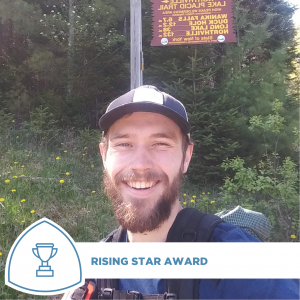 Chase Gregory. Chase, a recent college graduate, came to the Finger Lakes Trail Conference (FLTC) through the NCTA Next Generation Coalition program. He had initially worked with the FLTC’s IT Committee – and still does – having created a custom database for the Conference. Chase’s degree in software development and willingness to undertake the task awarded him a contract. When the new database is fully operational, trail management information and reports from the NCNST in New York will be readily available to the NCTA. Chase has also participated in advocacy efforts for the Trail, including Hike the Hill in Washington D.C. “That was life changing. I can’t wait to go again.” 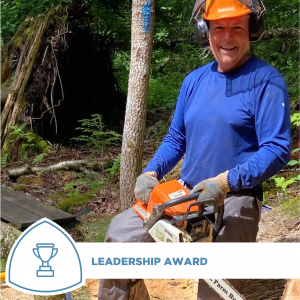 Brad Slagle. Brad Slagle joined the NCTA in 2014, when he was working for the State of Michigan Veteran’s Affairs Office. He began attending the North Country Trail Hikers Chapter general membership meetings, often with questions and comments. Within a couple years he started working with the Chapter’s Trail Crew, volunteered to adopt a couple remote segments, and became a certified sawyer. He was elected to the Chapter Board in 2019 and serves as Chair of the NCTA Advocacy Committee. Brad has aided other committees with various tasks and projects, providing frequent and helpful insight and suggestions. He is a fantastic liaison between his Chapter and the surrounding community. He and his wife Lynn have participated in the Chapter’s Softies Hike Series and have completed several Hike 100 Challenges. On multiple occasions, when thanked for volunteering, Brad was heard stating “the Trail is a labor of love.” He demonstrates all the qualities that make a leader. 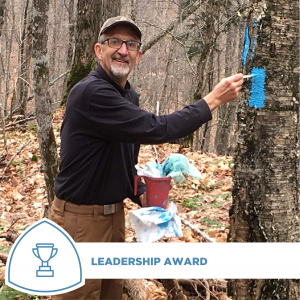 Michael Sekely. Michael and his wife Jeanne joined the North Country Trail Hikers Chapter in 2014. They have both been active members, adopting two Trail segments and working regularly on the Trail Crew, as well as participating in meetings, group hikes, and volunteering to work events. He and Jeanne spent hours planning and scouting a hike that brought 20 hikers from multiple Chapters to the western end of the Upper Peninsula, all with the extra precautions needed in the Covid-19 era. Michael was recently elected to an open Board Trustee position and soon thereafter, the new National Park Service (NPS) Project Planning Process was announced. Michael, alongside three other members, formed a committee to collect, organize, and submit projects on behalf of the Chapter. Michael was lead/chair. He attended NPS training, solicited proposed projects, and kept up with a slew of communications. In total, seven projects (spread over four years) were identified by the time the NPS opened the submission window. Michael’s organizational skills were professional and empowering. 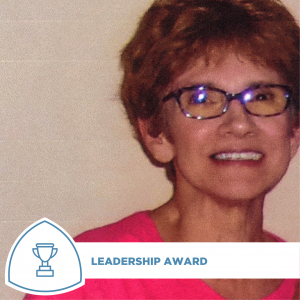 Carol Wright. Carol serves as both the Wampum Chapter’s Vice President and Secretary. She keeps the Chapter organized with accurate meeting minutes and communicates the Chapter’s scheduled commitments. Carol is the Chair of the Membership Committee and leads the Community Outreach Committee, working with other groups in the Chapter’s region to arrange participation in community events to promote the NCNST. She can be found covering the information tables for entire weekends during the spring, summer, and fall, answering questions and sharing information about the Trail. Carol is the lead planner when it comes to Chapter social events. She also frequents the Trail, attending trail work events, often with a paintbrush in hand, making sure the blue blazes can be followed from one end of the Wampum Chapter range to the other.

Who from your local Chapter, state or region do you want to celebrate? Nominate them for an NCTA Award! Nominations for 2022 NCTA Awards closed as of May 1, but awards are annual. There is also the option for Chapter Honor Awards.